That revival didn't last long did it? Were we kidding ourselves? Probably. We're so obsessed with the here and now and with ourselves we seem to have lost sight of who we are. Or more importantly who we want to be. Do we even know? 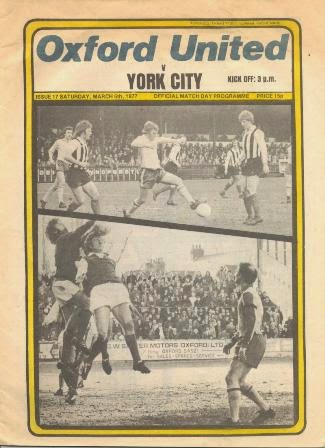 I went punting on Thursday. It’s been more than 10 years since I was last on the water. They were different days; pre-children with lots of time to do lots of things with lots of friends. We didn’t punt often but it was part of a vast lexicon of things we did; zig zagging drunkenly from one bank to another.

Fast forward. ‘Have you done this before?’ asked a well spoken 20-something tending to the variety of punts and pedalos. I had, but there would be no harm in a recap. He patiently took me through the basics - push from the hips, keep the pole straight and use it as a rudder. Punting is a bit like bowling for me; I know the theory and the basics, but I don’t do it enough to be consistently good at it. As a result, I veer from comfortable competence to abject disaster in the blink of an eye.

Age helps a bit; when you’re younger there’s a temptation to rush these things, as you grow older you learn that technique is everything. As we meandered down the Cherwell at fractionally slower than walking pace (evidenced by the overtaking elderly couples taking their daily constitutionals along the bank) it struck me that the polite 20 somethings that gave me the same punting advice 10-15 years ago were now probably merchant bankers, IT consultants and MPs. They weren’t the same people as those I'd just talked to.

This is Oxford. The people change, but fundamentally nothing changes. Confident bookish young people weaving in and out of beautiful ancient buildings with precious little to indicate exactly what goes on inside. Gaggles of foreign visitors blankly staring as Oxford happens around them. The stories of great kings and scientific breakthroughs are the same as they always were, the only embellishments on the city’s great stories seem to be the where the scenes from Harry Potter were filmed. It’s the Oxford of postcards; the Oxford the world imagines. It’s surprising just how small an area this takes up. Walk in any direction and you’re quickly into a part of the city that doesn’t resemble the stereotype.

When Headington United decided to change it’s name to Oxford United, the university objected on the grounds that it would taint the Oxford ‘brand’. They didn’t want the perception that Oxford was a functioning city like any other; it was a magical and mythical seat of learning. Supporting Oxford United in the 1980s, I didn’t really associate the club as being any kind of extension to that version of Oxford. I loved both, but football happened in Headington and Oxford happened in Oxford, the two were emotionally distant from each other. As I got a bit older I added Cowley to that roster; a cooler bohemia where music happened.

Success enhanced the perception of Oxford United in the mid-80s, a gloss that was maintained sometime into the mid-90s. It was a period during which the Oxford United story was told in full. From its birth to its, well... then Firoz Kassam took over, moved us out and the rest is history.

There is a sense of listlessness around the club at the moment. A loss of identity and purpose. After the soulless defeat to York there was a question as to whether the performance had been positive or negative; we were neither; we were neutral. We were neither attack minded or defence minded, we huffed around somewhere in the middle; and that is always going to leave you susceptible to a moment like the penalty decision.

Gary Waddock was unconvincing in his post-match evaluation; it’s still uncertain to what extent he is charged with executing a grander plan or whether he is here to stamp his personality on the team. Is he working with a great set of players or a hopeless case that needs major surgery. He couldn’t fault the players effort, he said, but didn’t explain what he was trying to do tactically to win the game. Does he know? Is he still trying to work us out?

The conversation on the radio moved on; Jerome Sale asked where the club goes now. Is it time to think, not so much of the play-offs, but beyond; to think big? Nick Harris said no, he’s been a director of the club and thinking big is the path to bankruptcy and destruction. That in microcosm is the issue; Sale is the younger generation of the broadcasting fraternity. He senses the malaise. Perhaps he’s as bored as all of us wasting his weekends. Nick Harris, on the other hand, is a relic of the past, constantly reminding us of history’s mistakes and glories. What were glorious stories of old are becoming an anchor, or millstone, to progress.

I don’t think when Sale suggested the club think big he meant in terms of size and ambition. He wasn’t suggesting reckless spending to get us into the Premier League like a Bradford, Barnsley or Portsmouth. His thinking was more in terms of a bigger picture. Who are we? And more importantly; who do we want to be? Do we want to be a club constantly comparing ourselves to the past; where even the most moderate of player becomes a legend simply by their existence on Twitter. Or do we want to be a club that exists in the here and now as an exemplar for others to follow?

Ian Lenagan painted a picture of our playing future last year when he talked about a squad of young, local players. People bought it and liked it. And that’s been one highlight of the season; seeing Matt Bevans, Sam Long, Callum O’Dowda and Josh Ruffels playing for the club. But the vision needs to go further; every part of the club needs redefining. The Kassam Stadium is a massive distraction; the open end a constant reminder of our limitations and our incompleteness. What is the vision for a stadium? Not when and whether we buy the Kassam or even how that might be achieved, but bigger than that - what kind of stadium would we want to be in? One that we own, that is clearly our home, which is complete. I don’t want corporately constructed atmosphere; this isn’t an office party, I don’t want designated singing areas, but I want the stand behind the goal to be noisy and raucous, I like flags. Our stadium needs a standing area. I want a match day experience that begins before I get to the ground; a buzz; programme sellers outside the ground, somewhere to go for a pre-match drink, merchandise - interesting merchandise - available on the streets, I like the idea of tailgate parties.

What about communication and social media? I want the club to be funny and irreverent, I want it to have the voice of the supporters  - I don’t want corporate club ‘statements’. I want a degree of fan ownership and decision making, how about fans deciding on our kit design? I quite like the idea of having a theme to our away kit - that each kit should reflect one of the great clubs around the world. A bit like the AC Milan away kit of the mid-90s. That could be our 'thing'.

I want us to be sustainable, I’m not interested in lurching from success to failure. I don’t want big name signings if it’s going to screw the club up. I want teams in every level of football - mens, womens, youth football; what about a fan-run Sunday League team - with every squad wearing the same kit. Like a real club. It doesn’t all need to be funded centrally, if there’s a fan team, make it one which runs like any other Sunday league team; charge subscriptions. I want a regular programme of club events and activities, a fans v legends game at the end of every season, for example. A local 5-a-side league. I don’t want sponsors messages rammed down my throat - I don’t buy - I want the club to be a centre for local businesses to promote themselves; part of a wider ecosystem.

We need a vision of who we’re going to become; this is the easy bit, the fun bit, there should be no barrier to imagination when answering the question what makes the perfect club. But we’re afraid of even beginning that process. Nick Harris garrulously threatens bankruptcy and other horrors if we want to change. But the alternative is the current nothingness of both team and fans putting in immense effort for no obvious benefit, no joy.

There’s a saying that vision without finance is hallucination; and Harris is right to be concerned that ambition can be the first step to bankruptcy, so we’re talking a vision for Oxford to go out to 2020 and beyond. And it is a vision; an unreasonable almost unachievable utopia. But it gives you a framework to work in; a purpose for progress. Once you’ve got that vision, you can start breaking it down into smaller achievable chunks; each one contributing to the perfect future. It's got to be better than what we have at the moment.
Posted by Oxblogger at 9:54 PM